Denver International Airport is the main transportation center in Colorado that gets you to your outdoor adventures. Conveniently located 25 miles outside the city of Denver, DIA is the easiest airport to fly into when traveling to Colorado. DIA opened on February 28, 1995. Here are some facts about DIA from your friendly mountain shuttle company.

Can you guess where DIA compares in size to other airports in the country? DIA is the largest Airport in the United States and the Second Largest in the World!

How large is it? DIA spans over 35,000 acres. If you have ever been to DIA this will make sense, as it is a standalone structure in the middle of farm fields. DIA is basically its own little city.

What was the busiest airport in the world in 2012? How about Hartsfield–Jackson Atlanta International Airport, they served 95,462,867 passengers last year!

Who operates Denver International Airport? The City and County of Denver Department of Aviation. 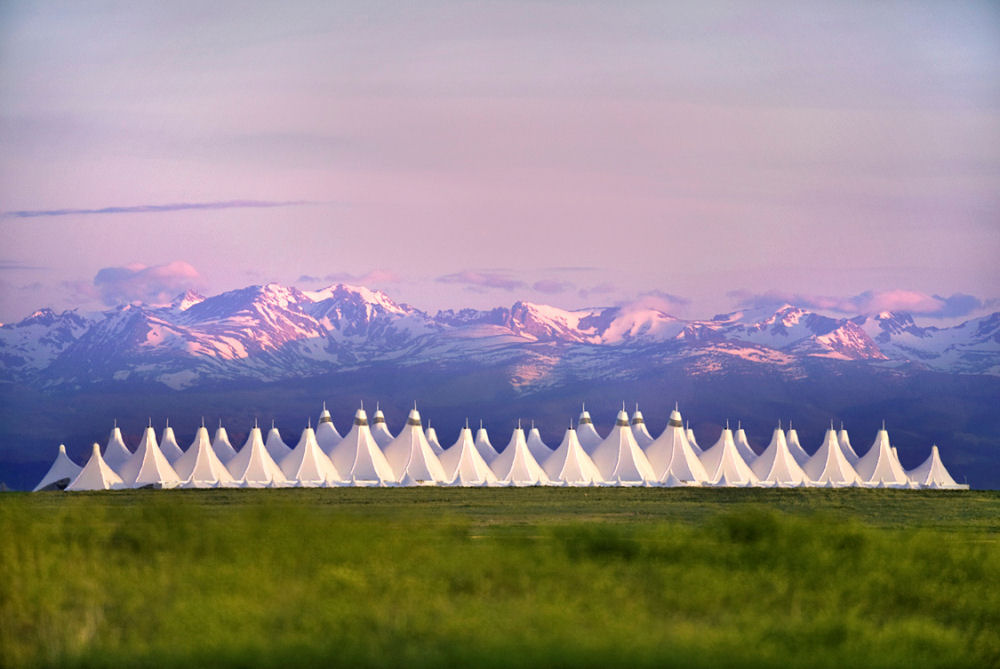 What are DIA’s main carriers? The airport is the main hub for Frontier Airlines, and commuter carries Great Lakes Airlines. DIA is also home to United Airlines fourth largest hub and Southwest Airlines has made the airport a focus city.

What is the name of the main Terminal at the Denver Airport, famous for is large white canopies? That would be the Jeppesen Terminal. This terminal houses all pick-ups and drop-offs, ticket check-in, baggage claim, and security checks. From there passengers hop on an underground shuttle and travel to one of DIA’s three concourses. The Jeppesen Terminal is famous for its architectural achievements as well. The roof is 126 feet from the terminal floor to its highest point and is supported by 34 masts and 10 miles of steel cable. The two rows of masts are 150 feet apart. The roof itself is made out of a Teflon-coated fiberglass material that is as thin as a credit card.

Get from DIA to Breckenridge or any mountain destination with ease with Peak 1 Express!